On my list of must haves this past Christmas was Laura Ingalls Wilder's The Little House on the Prairie book set! My whole life I believed I had grown up super privileged; being born in the United States with supportive parents (married going on 36 years too), roof over my head, everything I ever needed but apparently I was wrong! How dare my parents allow me to grow up without reading this series?! Okay, let’s get serious! These books were wonderful; if you grew up watching the classic series every morning during your summers growing up like I did but didn’t have the chance to read the books, then add them to your amazon cart now! The pandemic has been so exhausting; I just wanted to read something where I could escape mentally but maybe pick up some frontier skills too! At first before reading the books I assumed these were just for kids but in all actuality these were just the books this thirty something year old needed to read. Sure, they were easy readers, so something you could read in a week. The skills Pa and Ma Ingalls taught their children and the things the people of Walnut Grove went through gave me things to research. I wanted to learn how people were able to survive way back when. This past spring I started gardening and had a kitchen stuffed full of vegetables this summer; enough to provide not only for my household but also for two others! Which is amazing because anyone who knows me knows I don’t want to play in dirt! As a nurse I couldn’t wait to see what Doc Baker would do when Walnut Grove encountered a potential pandemic! He did exactly what any good doctor would have done; isolated and contact traced all the back to patient zero. Then isolated everyone else who was sick and quarantined all those who came in contact with the infected. Guess what? Good ole Doc Baker kept that nasty virus away from the healthy population in Walnut Grove! How is it that a country doctor in the late 1800s can get that right but major scientists and corporations with so much money can't? Smart man and he could also help birth a horse too! One thing that they didn’t have back then was the news and all these corporations buying for our attention. Remember what the goal of those companies are and that is to make money! Best thing and simplest thing we can do right now is turn off that TV! I have started waking up early, getting fresh air, exercising, reading, learning, anything to clear my mind from this! Please take the time for yourself to do the same each day because this is exhausting and people are losing their lives and we have already lost too many! So, let’s take it back to the basics when grandma and grandpa were kids. What did they use to do for fun before we had all the things we have? Maybe you pick up sewing or knitting, wood crafting, gardening, etc. There are so many options that we could pick up now that could be healthy for us mentally but also prove useful in the future if anything bad were to occur. Like Walnut Nut Grove we have to rally together as a team as they did every Sunday in that little schoolhouse/church! Americans, we must start remembering and believing in the freedom and foundation this country was built on! It doesn’t matter what color you are, what your sexual orientation is, or what country your parents were born in as long as you are an American- we are the same! Watching what is happening in places like Cuba, China, and Africa; we Americans must wake up each morning so happy and grateful for the freedoms that we still currently have! Those freedoms are something that are unique and specific only to the United States and something that we must keep and cherish forever! 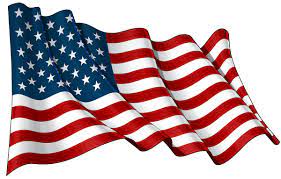 I got on Facebook this morning and the first thing I saw was a friend going live. The first words she uttered was “I am not suicidal. If I come up dead just know I am not suicidal!” Now I like what is going on here? She said she got a call from her doctor that morning and not the receptionist or nurse but from the actual doctor himself. Which caused her alarm since it was only her monthly med refill appointment she had gone to the day before. He then went on to say “I’m so sorry to tell you this but your Covid test came back positive”. She continues to tell us that she asked her doctor how could they diagnose her with Covid if she wasn’t sick, had no tests done, or even talked about covid while she was there?  He then quickly says  “Oh I’m sorry it must’ve been a mistake.” So you’re telling me that they just call people who have appointments and tell them they have Covid19? She was beyond confused and honestly so am I! Can anyone tell me what’s going on here?

So I just started watching Amazon\"s show Utopia with John Cusack the other night and at first I figured it was just your normal typica show and then all the sudden I realized this is a show I probably should not be watching. Just like my friend who had to emphasize in her live video on Facebook that she was not suicidal... neither am I! How crazy it is that she even had to think about including that in her live video. Now we all remember Dr. Li from Wuhan, the whistleblower, at the very beginning of this whole thing. So I mean I understand if you were living in China in a communist society stating that within your video but to live inside the United States of America and feel as if you have to say that is imaginable! I’m not saying it could or would happen but only sharing what I saw this morning. My friend also went on to say that she doesn’t disbelieve that Covid existed because her husband had two cousins who died of “what they call Covid”. To me that makes it sound as if she is now questioning the whole thing like many people are.

Don’t get me wrong I trust science but I don’t trust everyone who practices science! I am a nurse and I have extreme respect for science and also a huge fan of science-fiction movies. Anyone else who enjoys those types of movies knows science can be amazing but it can also be deadly! On one hand science can create spaceships that fly astronauts to the moon but on another with the right poke in their spacesuit boom they’re gone. Plus, there is always some crazy scientist who comes up with some super weird experiment that winds up killing the whole entire world. Who’s to say something can’t happen like that in the real world? There are good humans and bad humans; take the Nazi Doctors for instance. My grandfather had to sacrifice raising his children on American soil because he was an Army Colonel who happened to help clean up that mess because he was also Chief of Surgery for years at a hospital in Germany. I trust science and that’s why I continue to research everything myself and try to educate my family and friends on the truth as we all should.

On to my recent experience with my doctor after a little back injury. When the incident occured my Doctor was booked so I  saw the clinic’s Nurse Practitioner who actually helped address the problem and got me into physical therapy that day. We also had a very frank discussion about the COVID-19 vaccine. I did ask him what his thoughts were about it and he said he would not be taking the shot. Both his wife and mother-in-law had gotten very ill from Covid with his mother-in-law eventually passing away. Being that close to Covid he started testing his antibody levels weekly to see where he was at. He continued to see his levels increase so he said there would be no point in him getting the vaccine. More than likely he has had it and more than likely we all have had sort of coronavirus but it’s just all about who’s body is able to withstand it. After leaving the clinic I had to immediately tell everyone I knew I’m not a crazy conspiracy theorist. This guy was agreeing with everything I was saying.

Two weeks passed and I went back to the clinic for a check up with my normal doctor. At the very end of our conversation before he was about to send me on my way he very matter of factly asked, “Oh by the way have you gotten your Covid shot yet?” After doing nothing but think about geting this stupid shot for months on end I said very confidently no and I have no plans on getting it! He went on to explain all the benefits especially with my bad asthma I really could benefit from taking it. Not only had the Nurse Practitioner told me the opposite, my allergist a month prior also told me to wait on getting the shot because of the medication he just put me on. I explained what the allergist had told me and everything I had researched including people getting shingles (I’ve had shingles twice), India giving all their citizens Ivermectin, and it’s simply not being approved yet. All of the sudden his tune changed just a little bit and he goes on to say, “Well imagine being one of the first people to have to take the shot”.

You know what would make me feel more comfortable about this Covid 19 vaccine is to have national debate! I would like to call for a national debate of all the doctors and scientists who are for or against the shot that would like to speak out. Show both sides of the argument and give the American people the actual data and truth. I’m not an anti vaxxer, just someone who wants the truth like everyone else so let’s figure out a way to get this debate to actually happen!!

On my list of must haves this past Christmas was Laura Ingalls Wilder's The Little House on the Prairie book set! My whole life I believ...